Everything You Need To Know About Visiting Auschwitz

Previous Next
Everything You Need To Know About Visiting Auschwitz

Since opening to the public in 1947, the Auschwitz-Birkenau death camp has become a world-known symbol of the atrocities that took place during WWII. The 1.7 million tourists to the site each year agree, making it one of Poland’s top destinations. So to help you prepare for your visit we’ve put together the following guide. It has everything you need to know about visiting Auschwitz;

A Very Brief History Of Auschwitz

Auschwitz was built for the sole purpose of killing and is by far the largest of the Nazis’ death camps. It’s estimated that at least 1.1 million people lost their lives here between 1940 and 1945. Only prisoners deemed “useful” managed to avoid immediate death in the gas chambers. Instead, they faced months or even years of forced labour under appalling living conditions. 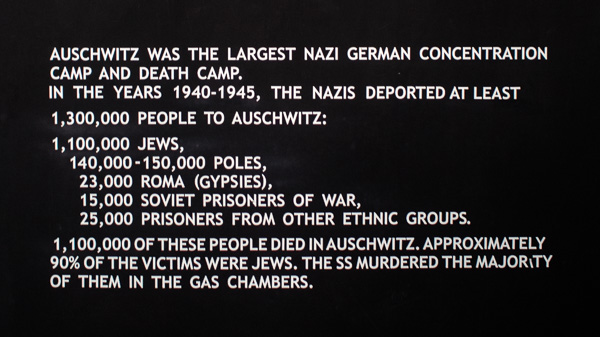 The Auschwitz Museum and Camps Setup

When the Nazis took over the former Polish army barracks and started Auschwitz in 1940 it was only the one camp, Auschwitz I (Auschwitz). Within a year they quickly ran out of space and in 1941 expanded to a purpose-built death camp 3 km away, Auschwitz II (Birkenau) at 20 times the size. 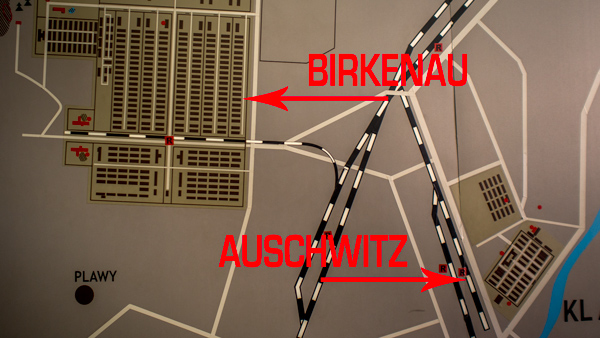 When you visit Auschwitz, you’ll find the museum and information chronicling the atrocities that happened here during the Nazi occupation. This is where you’ll get the most knowledge of how and what happened here.

Birkenau, on the other hand, is mostly ruins and open space. There isn’t much information at the camp and no exhibits like at the Auschwitz museum. What it does show you better than Auschwitz is the size and organisation of the Nazi death camps. 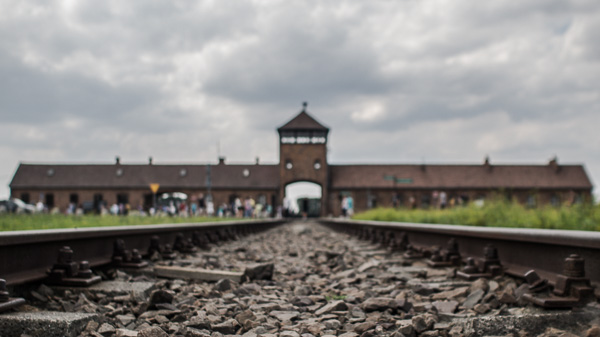 What You See On The Auschwitz-Birkenau Tour

Normally Mariana and I are quite cheap when it comes to museums and tours, but every now and then we know taking a tour will be worth the money. Auschwitz was one of those places where it just wouldn’t have been worth not doing it. We paid the money and let the official guide fill our minds with knowledge and gut-wrenching stories.

The tour starts under the “Arbeit macht frei” ▶︎ “work sets you free” gate. These are the words that greeted the prisoners as they entered Auschwitz 70 years ago. Once you’re inside the camp you’ll notice that the actual museum is set inside the barracks that once housed thousands of prisoners. 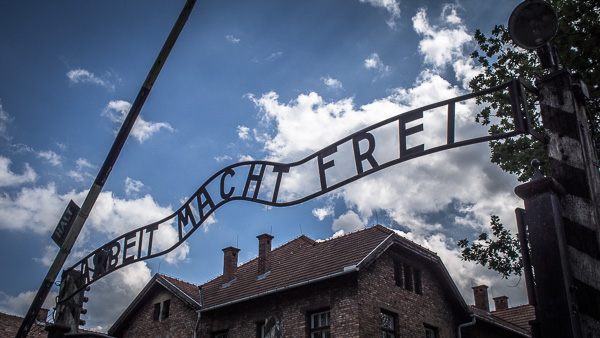 The exhibits started off slowly with the first few informing you about the role Auschwitz played in the Holocaust.

Once you’ve gotten an understanding of numbers and how the camp worked prisoners’ faces and their belongings are exhibited to help you comprehend the scale.

Be warned that these exhibits can be rather overwhelming. 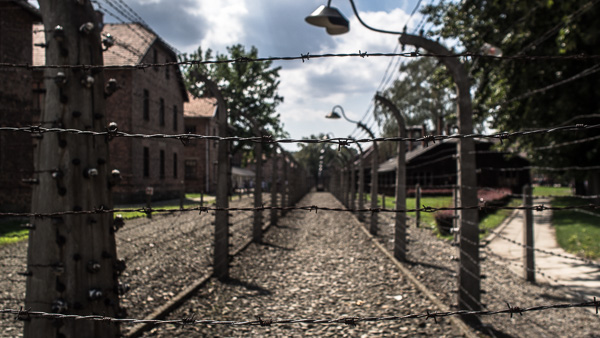 The deadly barbwire that surrounds Auschwitz

After all that, you’ve finished with the exhibits and now walk to the final stop, the gas chamber. This is the only standing gas chamber and crematorium left at Auschwitz-Birkenau. It was by far the most chilling part of the whole museum. Standing in the same room where thousands of people were murdered is a truly sobering feeling. 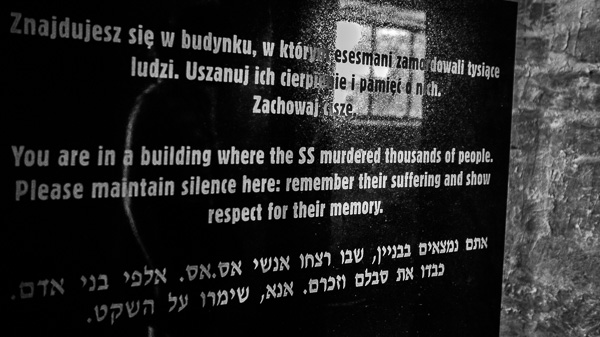 The sign when entering the gas chamber at Auschwitz

Related post: Is it safe to visit the Chernobyl nuclear plant?

Birkenau was a completely different feeling and setup to Auschwitz. Firstly, you’re confronted with the extreme scale of the place. We had been told it was 20 times bigger, but that is just a number and hard to visualise. Actually seeing the size of it was astounding. 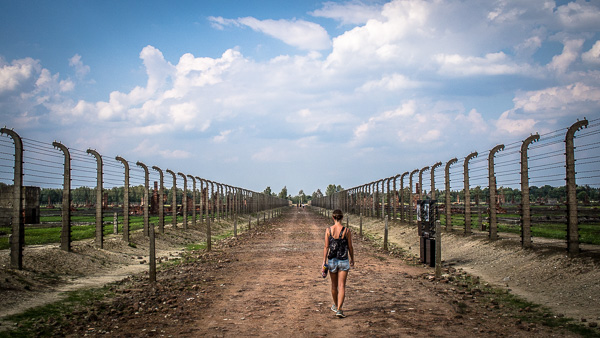 It just keeps going and going

The tour then takes you down the train tracks towards the gas chambers. On the way, you’ll pass where the prisoners would have arrived and were deemed to live or die. 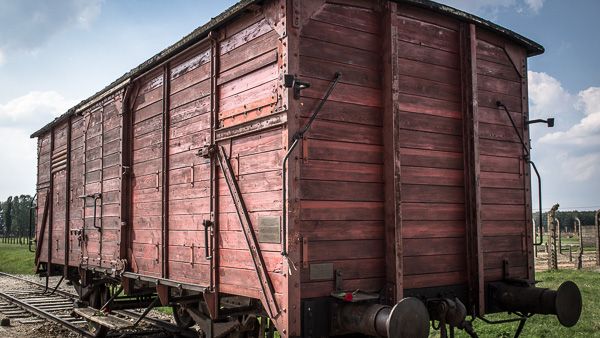 A train car that would have brought thousands of prisoners to Auschwitz.

You’ll then follow the same path as 90 – 70% of prisoners would have on their way straight to the gas chambers. While walking past rows of crumbling barracks, you start to get a better idea of the organisation the Nazis had for the sole purpose of killing.

Endless decaying barracks that housed the prisoners of Auschwitz

Once you reach the end of the tracks you’ll be at the ruins of the two main gas chambers and crematoriums. They have not fallen down since the liberation of Auschwitz but were destroyed by the Nazis while they tried to hide what had happened here. 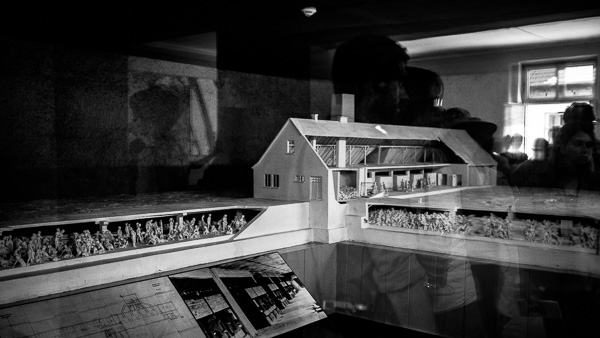 The remains of a gas chamber and crematorium at Birkenau

The last part of the tour then takes you to see where the “lucky” few that were spared the chambers were kept in the camp. Their conditions were horrendous. 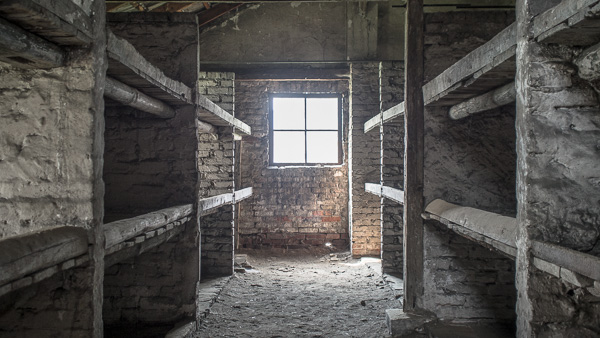 Could you imagine sleeping in here with another 699 people? 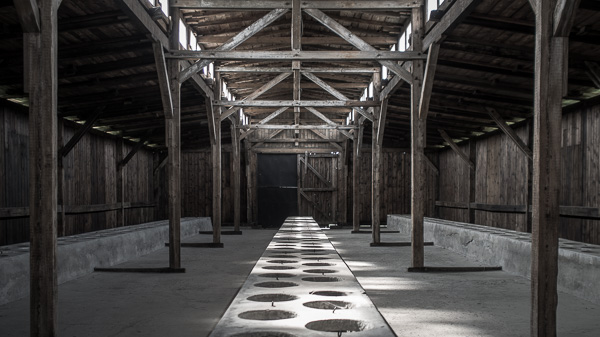 After that, the tour was over. It was quicker compared to the museum and had a lot less information.

We then stayed around and explored the huge site a little more on our own. It was a great time to actually take in a lot of what we had learnt and reflect on those who lost their lives here. 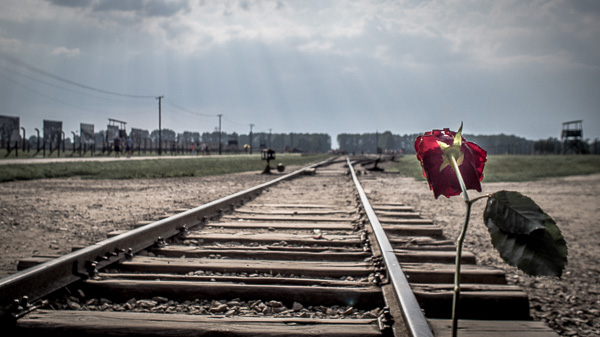 Our Feelings After Visiting Auschwitz-Birkenau

It was a strange feeling visiting Auschwitz and it wasn’t as emotional as we thought it would be. Don’t get me wrong, it was astonishing to see the size and scale of what happened here, but there were way too many tourists and lots of people didn’t show much respect.

Some people were sitting on ruins, others were taking selfies and one guy even thought it was a good place to drink a beer. It wasn’t really the behaviour I was expecting to see at a concentration camp. 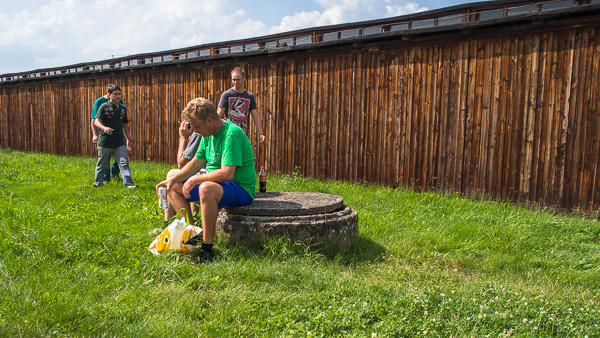 Then there was the number of visitors. Tour groups were around 50 people and there were at least 3 leaving every 15 minutes. At times we felt like cattle being herded through the exhibitions. 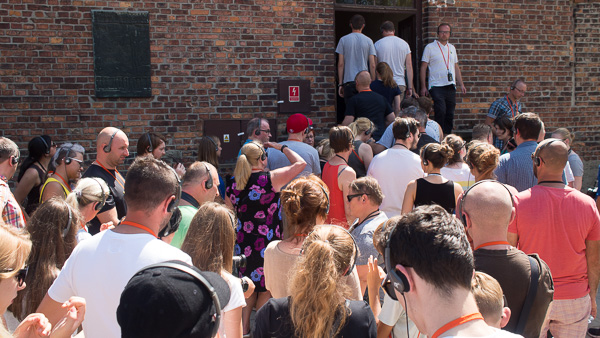 Waiting in line for one of the exhibitions at Auschwitz

There was no time to stop and take in the exhibits. The only time we had to reflect was after the tour when we were walking around Birkenau on our own.