9 Things To Do In Strangely Soviet Tiraspol

Previous Next
9 Things To Do In Strangely Soviet Tiraspol

In this post, we’ll talk about things to do in Tiraspol. If you want to know how to get to Tiraspol from Moldova or Ukraine, jump on over to our Transnistria travel guide

Did you think the Soviet Union was long gone?

Then you should travel to Tiraspol, the capital of Transnistria, a tiny breakaway post-soviet “country” between Moldova and Ukraine.

Back when communism was all the rage, Transnistria was a province in communist Moldova. Then, when the Soviet Union collapsed in 1991, Transnistria decided it didn’t want to stop drinking the communist Kool-Aid. Instead, it declared its independence from Moldova and entered a time capsule still full of hammers and sickles.

Things To Do In Tiraspol

There aren’t a whole lot of things to do in Tiraspol, but you should go simply because of the strange feeling of being stuck in time.

Another good example of this feeling is the Soviet prison we visited in Tallinn.

Walking through Tiraspol is like stepping into a black-and-white movie clip from the 20th century. Strolling through the streets, you’ll see names like Karl Marx Street, Lenin Street and Gagarin Boulevard, all keeping the faded soviet glory alive. You might even bump into a few Russian flags or electoral posters, making you doubt which country you’re actually in. 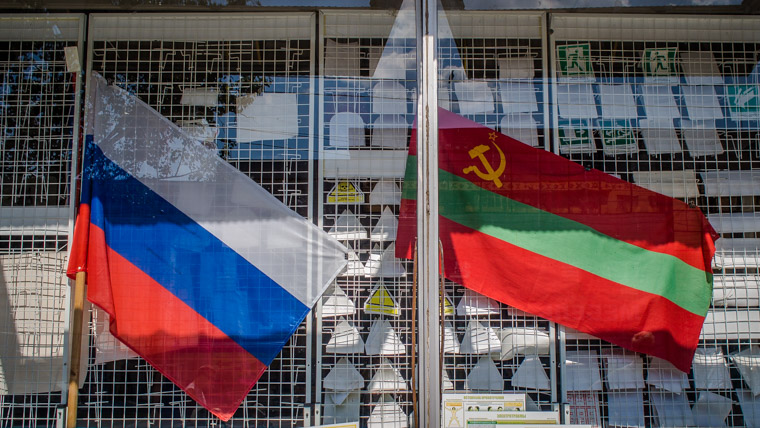 The sights we mention here are all on the main boulevard Ul 25 Oktober, so the whole show – including lunch – won’t take more than 3-4 hours. Take a chill pill, breath in some pro-Putin air and let the exploring begin.

1. Say Hi To Lenin At The Presidential Palace

First stop is the Presidential Palace. From here, the president carries out the daunting task of ruling his miniature country. The main attraction is the statue of a stern-looking Lenin standing guard in front of the building. Be careful when taking photos as there’s a photo ban (obviously to prevent spies from revealing very important state secrets). 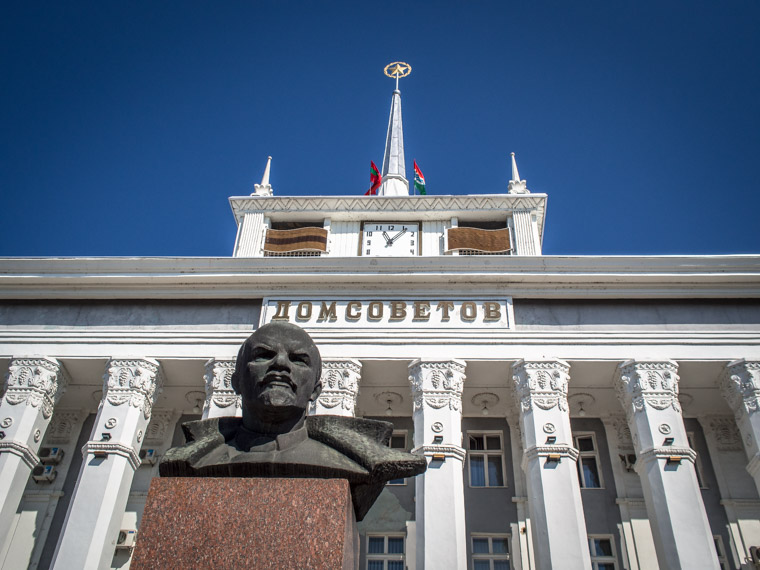 Lenin in front of the Presidential Palace in Tiraspol

2.  Swing By The War Memorial

When you’re ready, stroll further down the street and check out the War Memorial. On the square, there’s a soviet tank commemorating the victory of the Soviet Union in WW2.

Coming From Odessa, Ukraine? Check out the best things to do while you’re there!

Next to the tank is the Tomb of the Unknown Soldier, a memorial to the soldiers that died during the 1992 independence war with Moldova. Although it only lasted 4 months, it was a bloody conflict that claimed hundreds of lives.

3. Go For A Swim In The Dniester River

Right next to the War Memorial is a bridge that crosses the Dniester River to a nice little beach and park. This is an excellent spot to kick it and catch some rays for a few hours. If you’re feeling fancy you could even hire a rusty paddle boat and make your own river cruise. 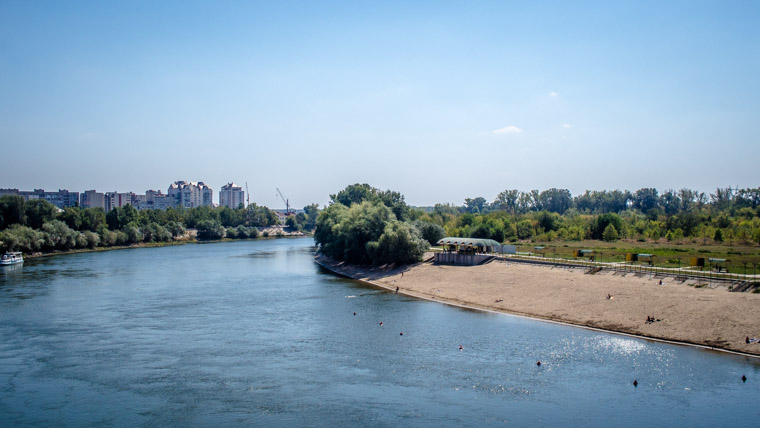 Anyone up for a swim?

4. Drink Some Cognac At The Kvint Factory

This is meant to be one of the best cognacs in the world. It’s been around for over 100 years, so they’re probably doing something right. The Kvint Factory is located on Lenin Street opposite Kirov Park and there’s a daily tour at 3 PM.

5. Catch Up With The Other Lenin At House Of Soviets

You can blame the soviets for many things, but making beautiful buildings is not one. If it’s functional and makes you feel a bit depressed, it’s spot on.

House of Soviets is where parliament resides and is basically a bigger version of the Presidential Palace. Nearby is a small monument to some of the heroes of the Soviet Union, including Yuri Gagarin, the first human to travel into outer space.

Oh, and guess who’s watching over the entrance? Yep, he’s back. 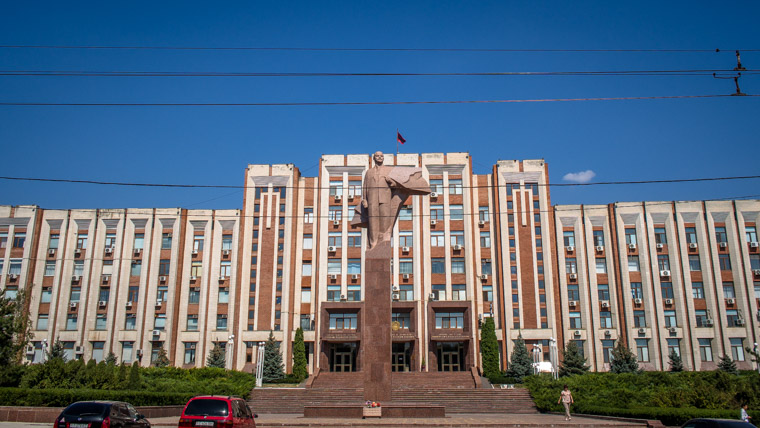 Lenin hanging out in front of House of Soviets

At this point, you might be getting a little hungry. Tiraspol isn’t exactly booming with exciting food options, but the locals recommend Kumanyok Restaurant and Gastropub Larionov. If you just want something easy and cheap, there’s also a few cafeterias around.

Are you a fan of all old school soviet relics? Check out the train from Chisinau to Bucharest.

7. Check In On Alexander Suvorov And His Horse

The penultimate thing to do in Tiraspol is to swing by the statue of Alexander Suvorov, a Russian general who allegedly never lost a battle. Nowadays, he mostly sits on his horse just opposite the War Memorial, making sure Transnistria stays nice and Russia-friendly. 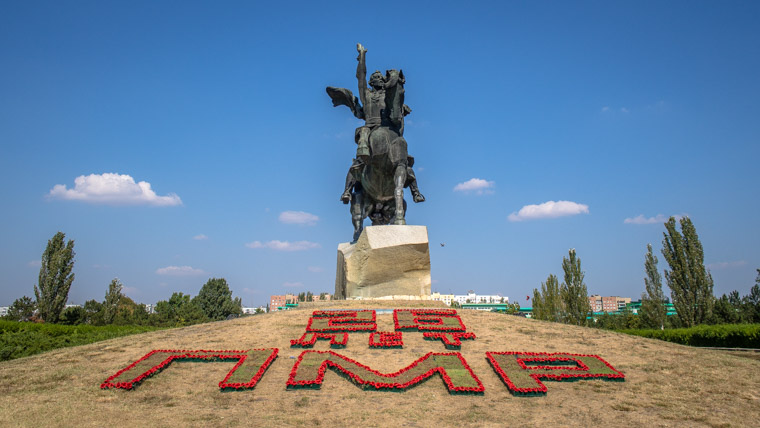 8. Soak In The Strange Atmosphere

Only one thing left to do now: marvel at how weird this place is. Tiraspol might seem a bit underwhelming, but again: this city is cool because of its vibe (or lack thereof). Take your time, lean back and soak in the strangeness of the city. Try and talk to some locals over a beer at one of the bars and hear what life in the Soviet Union is currently like.