Previous Next
Patarei Prison: Tour Through An Abandoned Soviet Gulag

In our never-ending mission to find strange and less traveled locations, we found Tallinn’s Patarei prison. Just on the outskirts of town, the abandoned Patarei prison is one of the strangest museums we’ve ever been to. It’s complete with execution room, medical ward and a ghostly feeling to it. The best way to describe the experience would be as a sort of ‘shock tourism’ and exactly what we love to see. 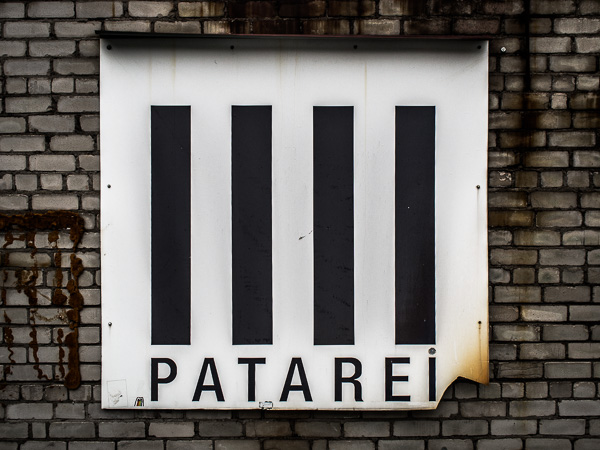 A little history lesson about Estonian occupation and Patarei prison

Patarei prison hasn’t always been a prison. Originally it was built as a sea fortress to protect the sailing routes of the Russian empire back in the 1800’s. It wasn’t until 1919 when the country had almost no prisons left standing after WWI that it was converted into a prison.

It was as normal and happy as a prison could be, with around 500 prisoners, a few of which even had a lovely view of the sea from their cells.

Then the Soviets took over – welcome back ruthless KGB

Then, in 1940, the Soviets took over the country and the prison changed completely.

It quickly went from 500 to 3,000 prisoners and even 5,000 at its peak. Most of them were held here as political prisoners because they spoke up against the communist regime.

Rumors have it that the KGB loved these prisoners so much they tried many things to keep them inside, even going as far as to inject them with hallucinogenic drugs. This made them seem constantly crazy which would justify why they were locked away. 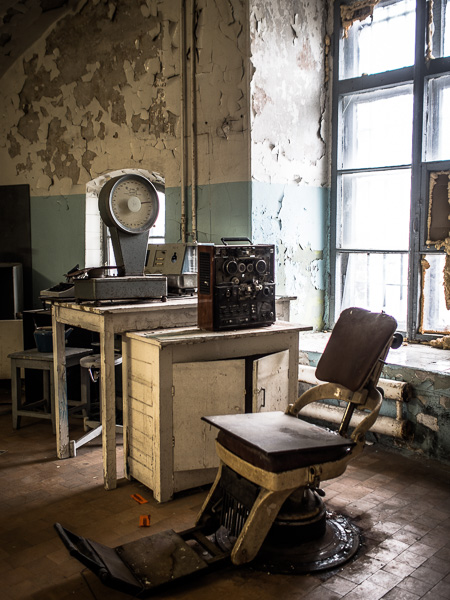 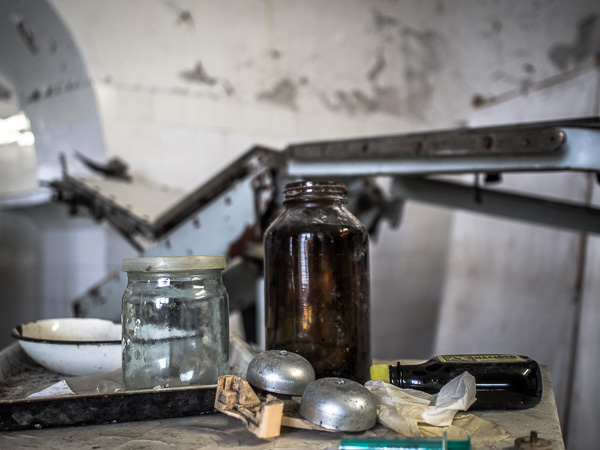 Hospital bed left behind in the medical ward of the prison

This all kept going on in Patarei until the soviets were kicked out of the country in 1991. It was then turned back into a normal-ish prison, until it was finally closed in 2004 when Estonia joined the EU.

The building then sat empty, apart from the occasional underground rave, for a couple of years. Then in 2007, it became a ‘cultural park’ or a nice way of saying that nobody actually wants to deal with it.

So, it’s just sitting there as a sort-of museum come abandoned building with little to no upkeep. This, though is what gave it that scary ‘shock’ factor you don’t normally get.

There is no sign that it’s a museum apart from the ticket booth and the only information sign in the whole place is for the hanging room. Otherwise you and your imagination are left to run wild! 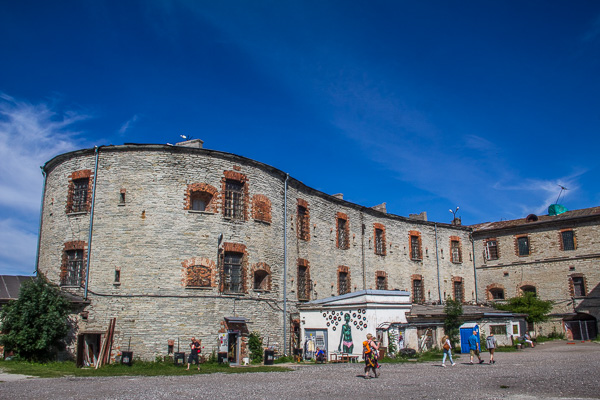 The entrance to the prison 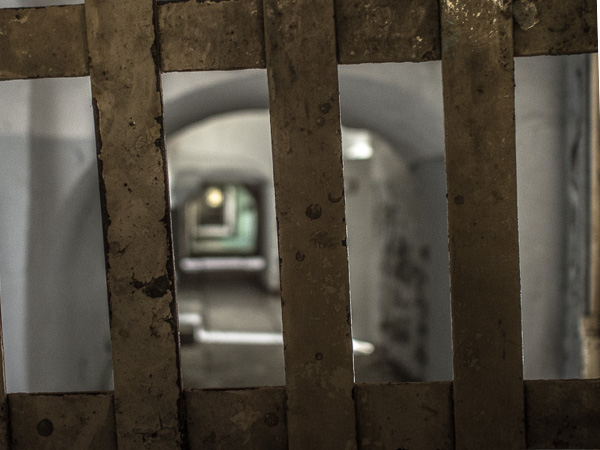 One could only imagine what is behind these bars 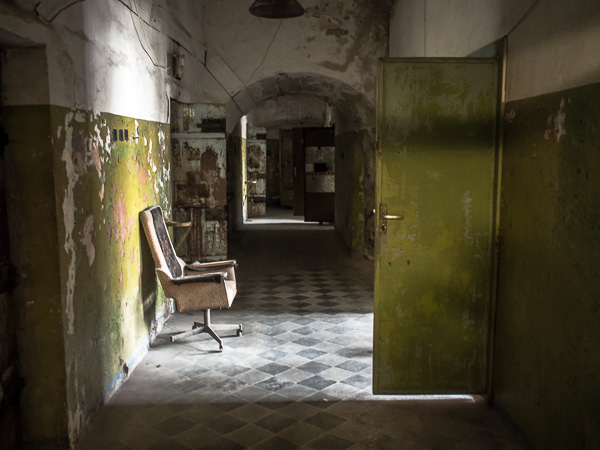 Everything has just been abandoned 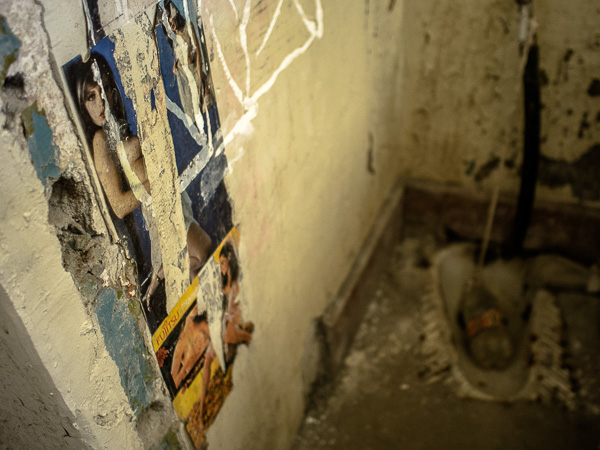 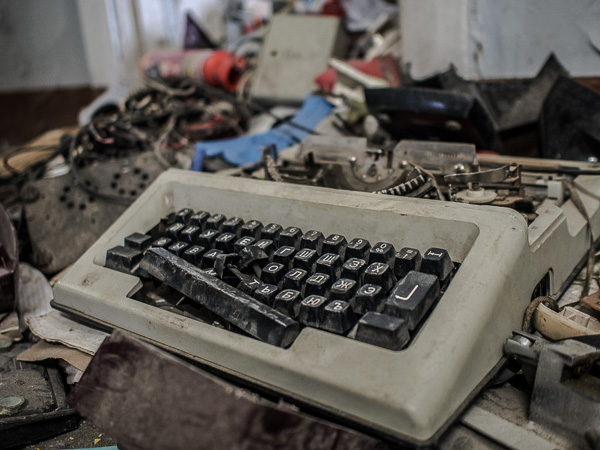 Type writer and rubbish left behind by the Russians 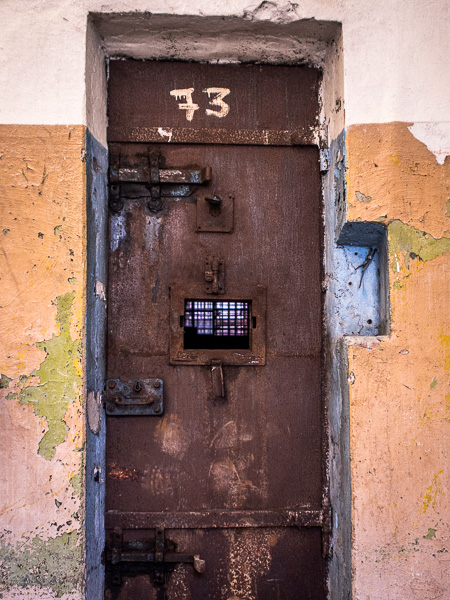 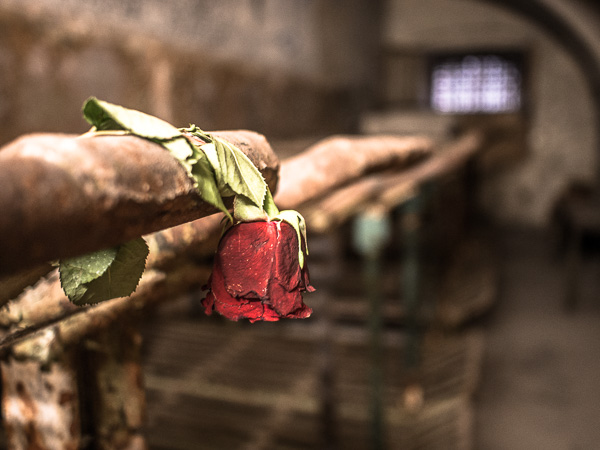 And I thought some of my hostel dorm rooms were shit

Executions were common in the prison and were either by a shot to the back of the head or hanging. Both would result in your body being dragged through the grounds and tossed over a cliff into the sea. Even Estonia’s head of state in 1941, Jaan Tõnisson, was rumored to have been executed in Patarei. These executions happened until as late as 1991. 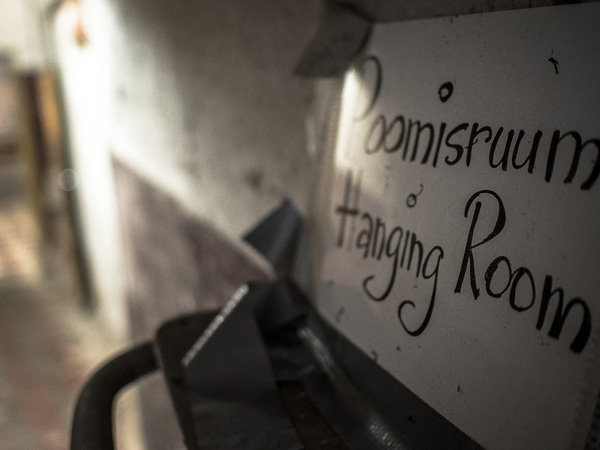 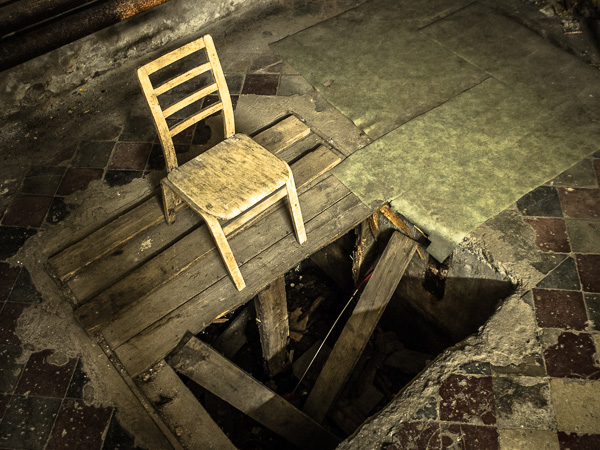 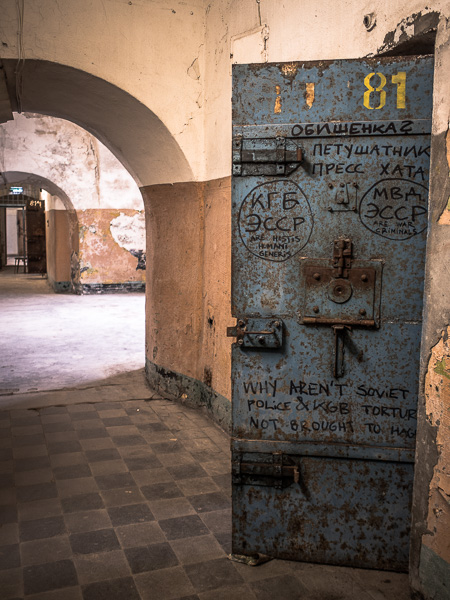 Why aren’t soviet police & KGB not brought to the Hague…. 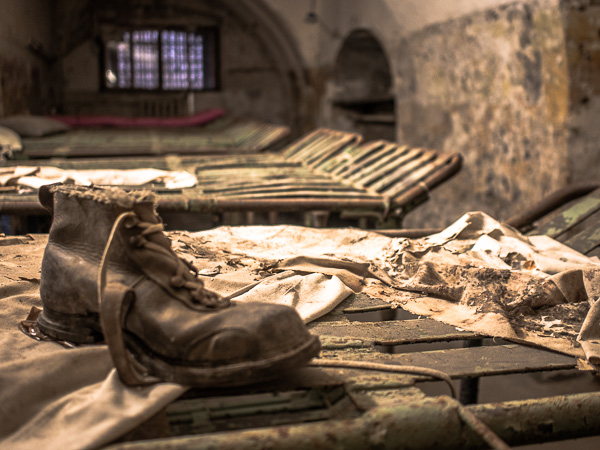 Anyone lose their shoe? 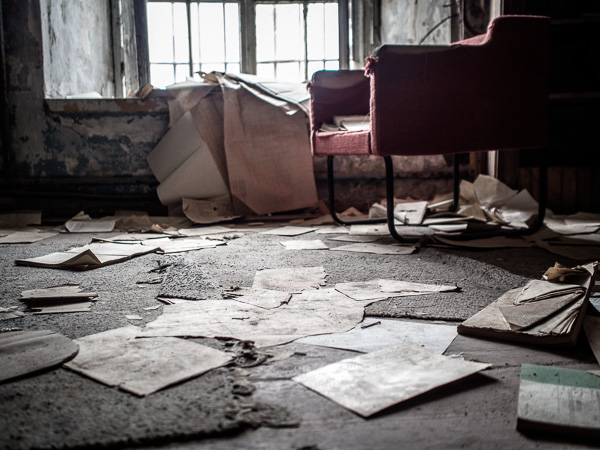 Paper and books of what could have been the prison library 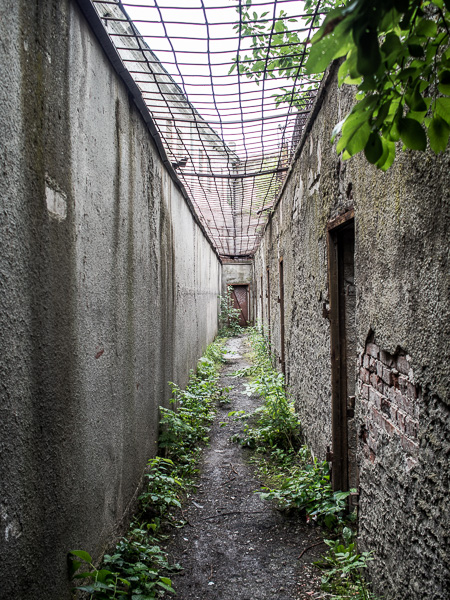 Hallway to the prisons exercise yards 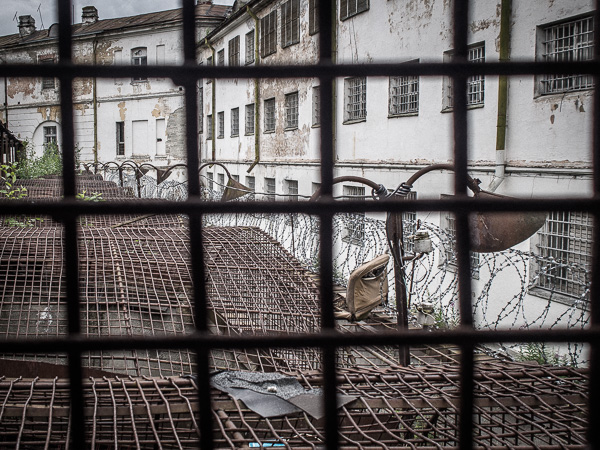 The view from above the exercise yards in the prison 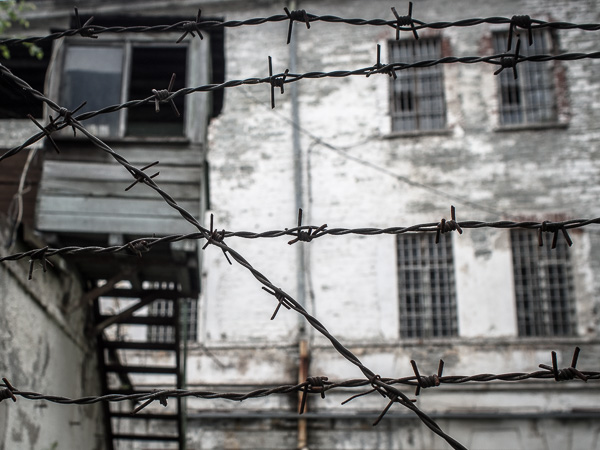 The guard tower that overlooks the prison exercise yards

Artists have taken over at some point and left all sorts of art exhibitions and graffiti throughout the grounds. 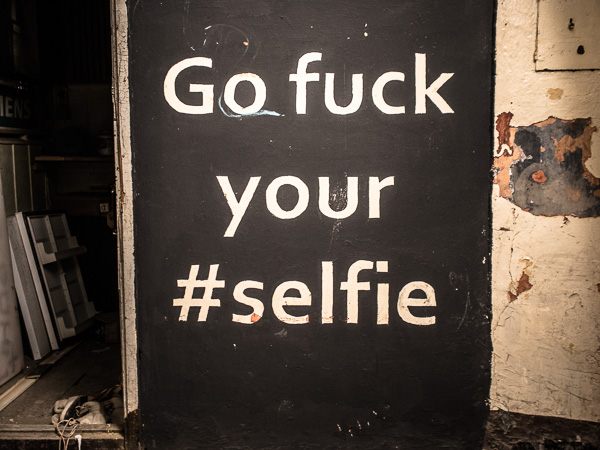