The 7 Best Things To Do In Kraków!

Previous Next
Castles, Hipsters & Dragons: The 7 Best Things To Do In Kraków!

When I think of Krakow, I now think of dragons, castles, hipsters and a sad history. It was once the capital of Poland until a king decided Warsaw would be better. It was basically put in an economic freezer for 200 years when it got stuck between two angry empires. The city escaped virtually unscathed from WWII, but its people didn’t. Today, students and hipsters have brought new energy and life. All of these moments in time mean there’re more things to do in Krakow than most major cities could dream of. 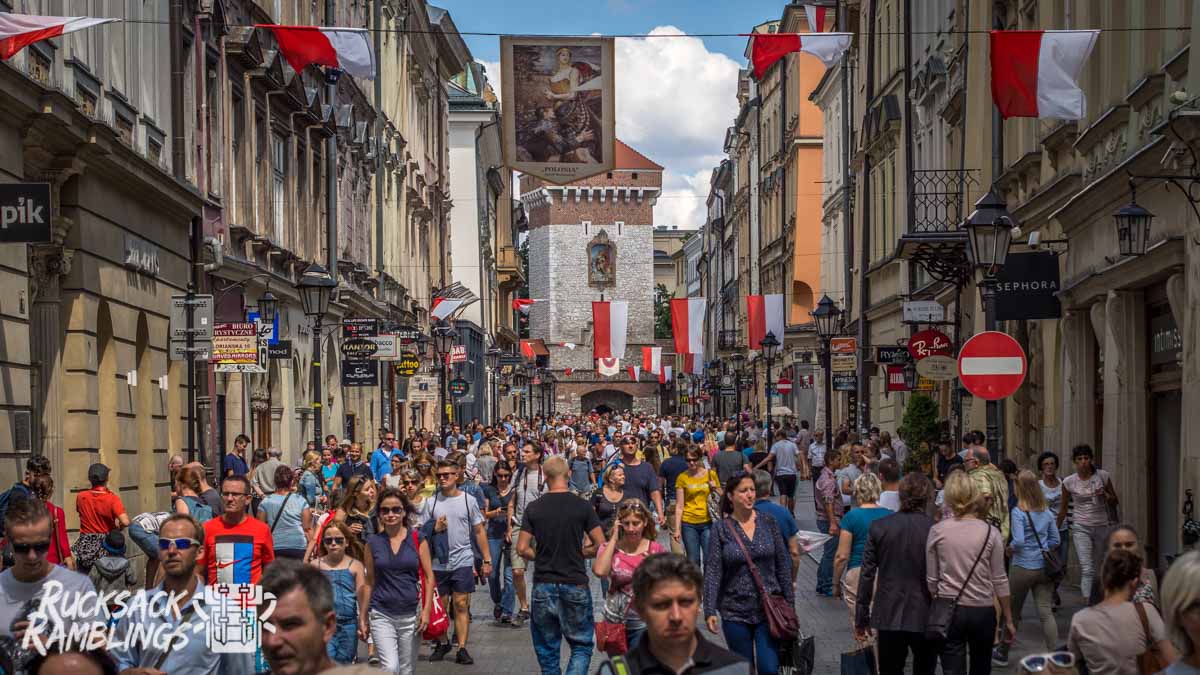 Strap yourself in and get ready for Krakow’s most touristy area. This stretch of road is where all the royals would make their way through the old town to the former royal residence at Wawel castle. It now weaves its way past a large chunk of the best things to do in Krakow including;

These are two of the last remaining sections of Krakow’s defensive setup. They have been around since the 13th century and it was the main entrance to the city for many, many years. When the city was expanding and they were getting rid of the old walls they kept this section to stop the wind blowing up the skirts of young ladies going to church. Nowadays there aren’t so many knights or Mongolians attacking the walls; instead, it’s home to buskers and droves of tourists.

Saint Mary’s church seems the same as most other churches except there’s the world’s biggest Gothic carved altarpiece inside. It was carved in the 14th century from wood and stands 13 m high and 11 m wide. If you want to check it out, enter from the side to “pray” and it’s free – otherwise it’s 10 ZL.

The part we liked the most, though, was the guy who plays the trumpet every hour from the top of the spire. If you listen carefully you’ll notice he stops mid note quite abruptly. This is a tribute to a trumpeter who was shot in the throat as he warned of a Mongol attack on the city.

At 200 m by 200 m, this square is huge and the beating heart of Krakow’s tourism industry. Lined with overpriced restaurants it’s a great place to people watch. At night it felt like we were back in Morocco at  Jama el Fna with all the lights and sounds. This UNESCO World Heritage site is a must when you’re in Krakow.

Cloth Hall; this huge building in the centre of Rynek Glowny is the former hub of international trade between the East and the West. Housing silk, spices, wax, salt and other odd trinkets it was the place to buy your goods.

Rynek underground; a new and cool museum that showcases “the footsteps of Krakow’s European identity”. Sounds a bit lame, but there are holograms! As you wind your way through a labyrinth of tunnels and halls these holograms tell you about a time that was. 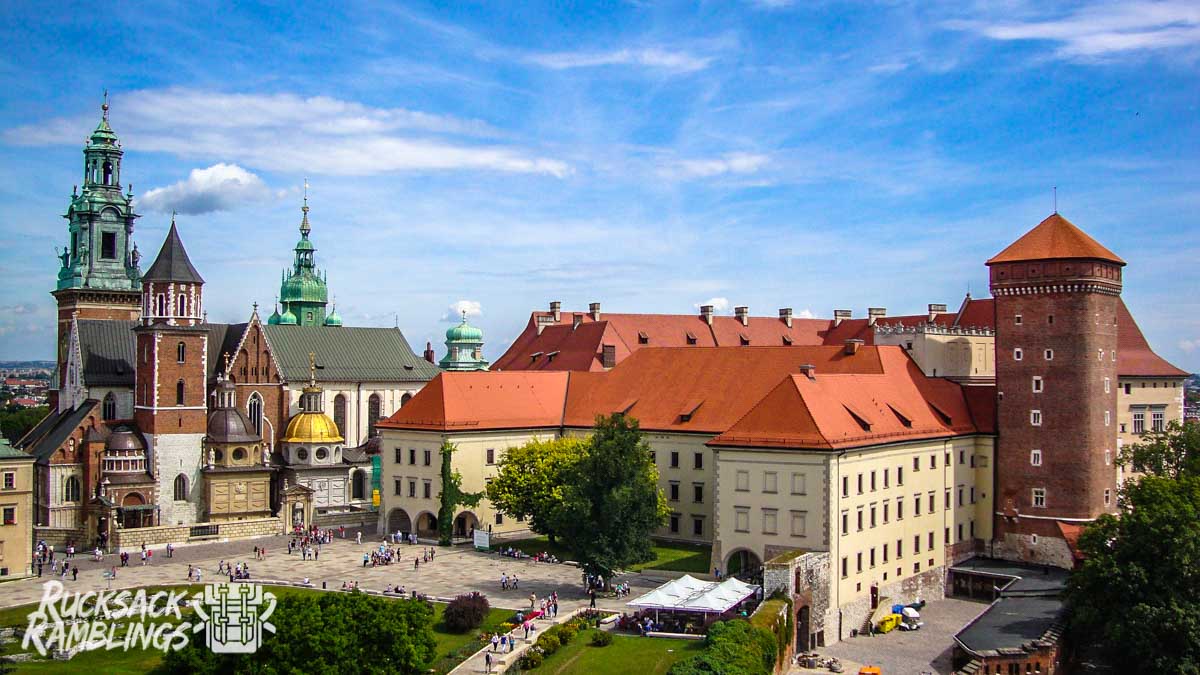 Wavel Hill is the end of the Royal Route and the previous home to the Polish royal family before Warsaw stole them away. The hill itself is just a hill, but two of the main things to do in Krakow you should check out are on top of the hill;

The home and heart of Poland’s royalty until the 16th century. Nowadays there’s no royal family living there, although there is a museum to their stately past. Lots of old school glitz and glamour in big halls and fancy hallways. You can walk around the grounds for free, but entry into any of the 5 museums will cost you.

This is one of Poland’s most important historical sites. Back in the day this is where all the crownings of kings would happen. If you want to see dead famous Polish people, this is the place to go. The crypts below have got kings, princesses, heroes, generals, revolutionaries and even a dragon. The best part is you’ll get to see them for free!

3. Check Out The Vistula River Side Oasis

There’s a dragon in Krakow!

After you’ve made your way down to Wavel Hill you’ll notice one of the coolest things in Krakow, a dragon perched next to the river THAT SHOOTS FLAMES! Yes, that’s right, Krakow has a flame-shooting dragon as a main attraction. I loved it, Mariana not so much. In any case it’s worth a visit, if not just for a laugh.

You can even check out his cave underneath Wavel Hill for 3 ZL. 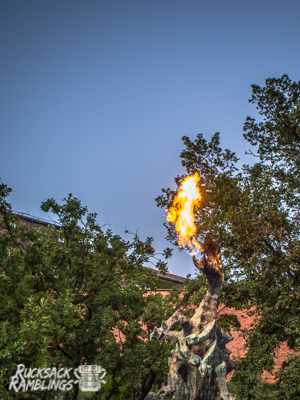 Walk along the Vistula

The Vistula river runs straight through the middle of Krakow and makes a great spot to relax. Go for a run, walk, romantic stroll or have a picnic while admiring the beautiful city centre. Or, if you like a drink, ignore the boats and head to Forum Przestrzenie. A relaxed local bar with a beachy vibe and a great place to watch the sunset over Krakow.

Why is there a dragon shooting flames in Krakow?

Back in the 13th century this dragon was living under the castle in a cave and terrorising Krakow. The only way the villagers had to keep it at bay was to sacrifice one of their best-looking women each week. This just wasn’t on in the eyes of the town prince. Therefore, he devised a plan to fill a sheep with sulfur and feed it to the dragon. Next thing you know the dragon went BANG and the town and its beautiful women were saved. 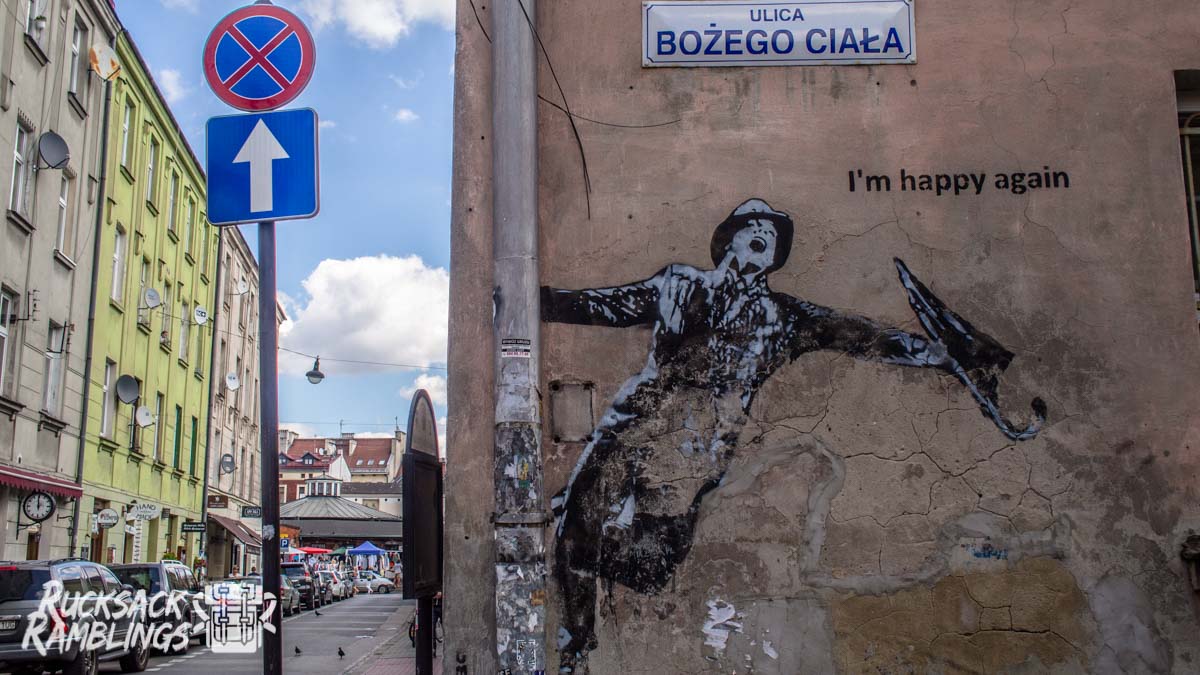 4. Become a Hipster In Kazimierz

This part of town was where Jewish people lived in Krakow from the 13th century on. It was a completely separate town until it eventually became part of the city whole. When the Nazi’s came into town during WWII, things changed.

Check out the Jewish history of Krakow

There aren’t many Jewish people left in Krakow, but the history of their faith runs deep in these streets. There are still 6 synagogues remaining in Kazimierz that are worth checking out. Sadly only 1 is active at the moment and another houses a museum about the history of Jews in Krakow. It’s free on Mondays and definitely worth a look.

Forget drinking and eating in old town. You’ll pay way too much and not have a real Krakow experience. Get your ass down to Plac Nowy and hang out with the students and hipsters of the city!