5 Tips For Females Backpacking In Morocco

Previous Next
5 Tips For Females Backpacking In Morocco

Want to backpack in Morocco as a woman, but not sure what to expect?

The good news is that female backpackers in Morocco have almost nothing to worry about. Increased tourism in recent years has created, what I like to call, a light-version of Muslim culture that has a noticeable Western influence in the big cities.

Related post: What to wear as a female in Iran

The bad news is that there’s almost nothing to worry about. That little “almost” translates into a few practical things that female travellers should be aware of. Luckily, these things are pretty straightforward and easy to adapt to:

Is Morocco safe to backpack for females?

Female backpackers don’t need to take extra safety measures in Morocco. Especially in big cities you’ll see plenty of tourists in the streets and generally speaking the locals keep to themselves. The only exception to this is the merchants in the souks and medinas that are guaranteed to drive you crazy with their relentless hassling. This is by far the biggest annoyance when backpacking in Morocco, whereas muggings and pick-pocketing are quite rare. 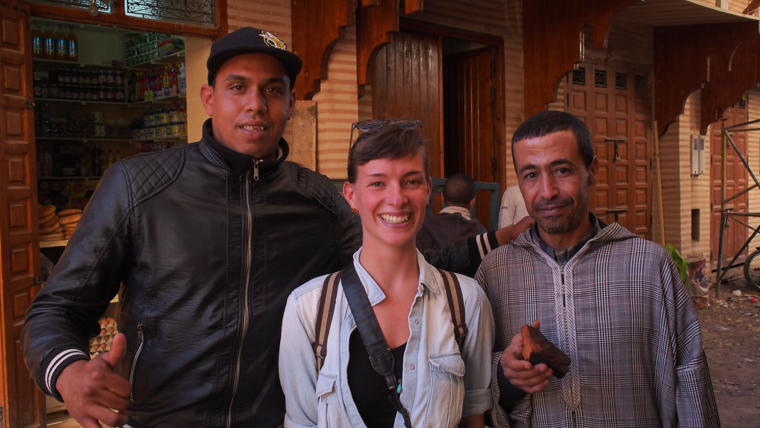 As long as you apply some common sense you should be absolutely fine;

Is the sexual harassment bad in Morocco?

Female tourists are going to be subject to some level of sexual harassment in Morocco and that’s just the way it is. If you’re lucky this will amount to a few sexist comments here and there which you can either ignore or take as a compliment (which no woman in history has ever done, but give it a go). For once, not speaking French or Arabic can turn out to your advantage as it might shield you from understanding at least some of the highly inappropriate comments.

If you’re less lucky, you might experience actual groping in crowded places. Before you get too put off I should mention that we spent two months in Morocco and I only experienced physical groping twice. Both times were at night in the main market square in Marrakesh, Jamma el Fna, which is always bustling with people. Sure, it was pretty horrible, but it’s far less common than the sexist comments. 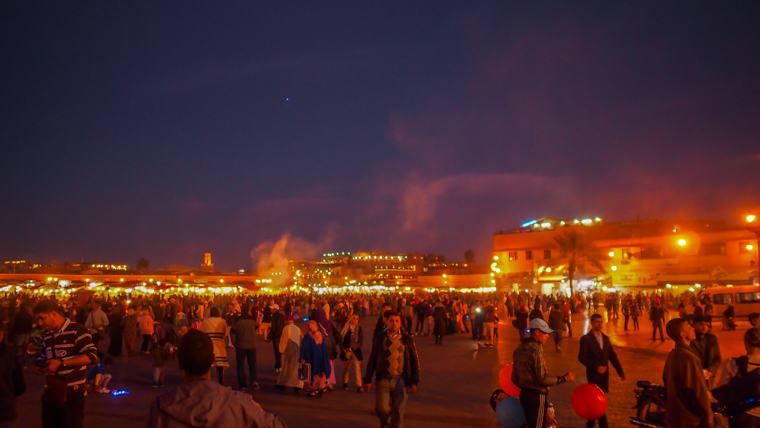 A good trick to minimise the sexual harassment is to be in the company of a man. It doesn’t really matter whether it’s your friend, brother, boyfriend or some random guy you just met, but for some magical reason a male presence drastically decreases the amount of unwanted attention. Of course you can also try and dress even more conservatively than what’s expected of you (see below) but I honestly don’t think it would make much of a difference. Sexual harassment is a cultural thing in Morocco and it will probably not cease to exist any time soon.

How should I dress in Morocco?

Many locals claim that Morocco is quite liberal compared to other Muslim countries in the region. The majority of Moroccan women wear a head scarf and a burka covering their entire body, whereas female tourists are only expected to cover their shoulders and knees. In big touristy cities this is all you need. You do see the occasional tourist with a revealing dress or small shorts but they stand out a lot since the local women show next to no bare skin. 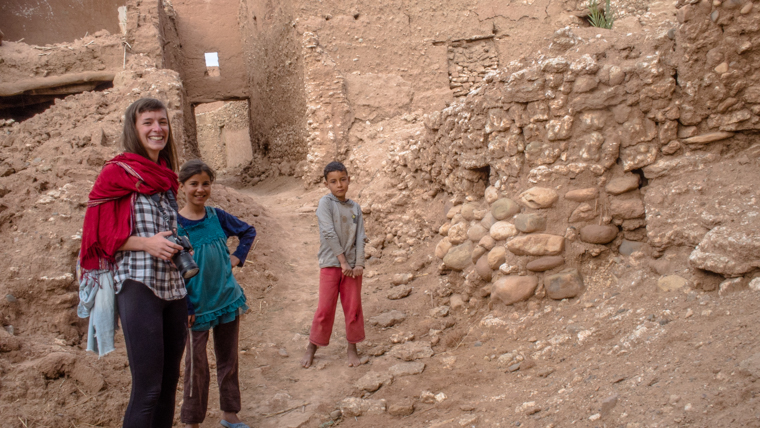 If you’re going to a rural area I would recommend taking the conservative outfit to the next level. Avoid wearing tight clothes that show your body shape. I actually covered my hair with a loosely wrapped scarf when we were Couchsurfing in the Sahara desert because I was literally the only foreign woman in town, but I don’t think it was necessary.

In saying all this it’s important to add that at no point did we see or hear any locals complain about how the female tourists were dressing.

Can I wear a bikini on the beach in Morocco?

Things are a little more flexible when it comes to how to dress on the beach. The rule is that the more touristy the beach, the more skin is accepted. Bikinis are completely fine on the beach in places like Agadir, Essaouira and of course the best beach town in Morocco, Imessouane. If you’re not sure if it’s okay to wear a bikini on a particular beach, it’s better not to do it. 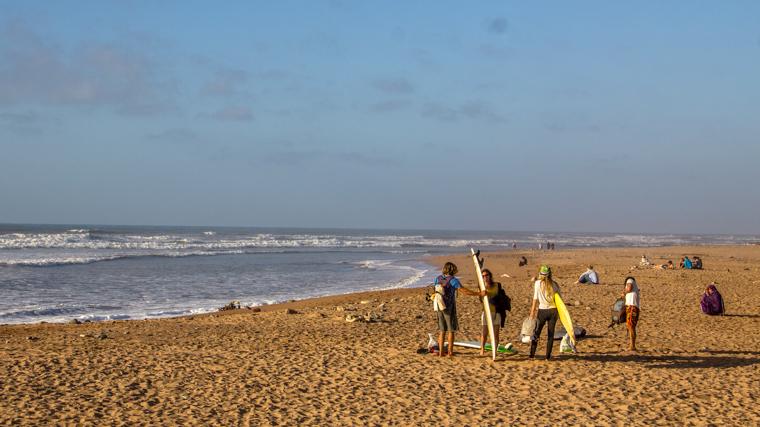 Female western surfers next to a Moroccan woman

In Morocco tea is much more than just tea, it’s a social event that’s made people come together for centuries.

It’s not that there are signs officially banning women from the tea parlours, but culturally it’s very much a man’s place. In our two months of backpacking across Morocco we didn’t see many Moroccan women in the tea parlours.

Related post: How Morocco ruined my love for Moroccan food

Female tourists are exempt from this rule and are free to visit the tea parlours. Liam and I went on a daily basis and I never felt observed or heard any whispers. However, if I’d been alone I would’ve reconsidered going as it could be a little daunting to be the only woman in there.

So, there you go, with these few things in mind your backpacking trip in Morocco can’t end up being anything short of fantastic! 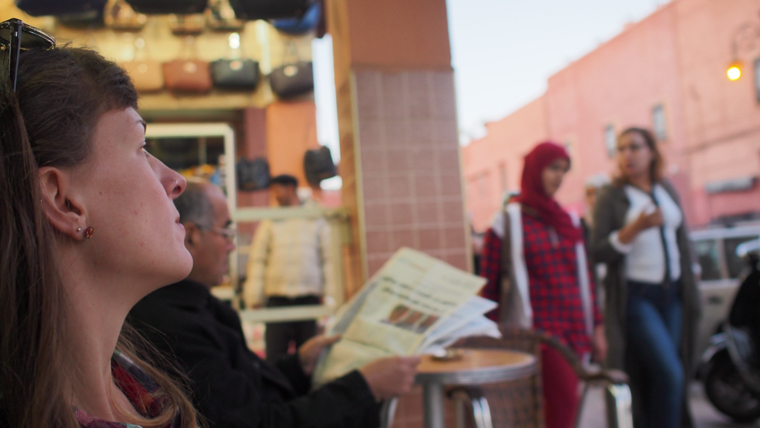 Mariana kicking it with the boys in a Marrakesh tea parlour