Day Of The Dead In Guatemala

Previous Next
Yeehaw! Guatemala’s Drunk Day Of The Dead Festival

A description of and some practical information about the drunken horse race in Todos Santos, Guatemala – the strangest, most memorable Day of the Dead festival in Central America.

[the_ad id=”14241″] Every year on October 31st, a sleepy Guatemalan highland village by the name of Todos Santos Cuchumatán morphs into some sort of surreal cowboy-zombie movie.

The streets fill with Maya men from near and far who journey to Todos Santos with the main purpose of getting absolutely hammered. For three entire days, benders that would make any British teen look like a Sunday school kid become the norm. Hundreds of Maya men dressed in identical folk costumes dangle through the packed village, singing along to the cheerful tunes from the many marimba street bands, before jumping on a horse and frantically racing it through town.

Now, in case you’re wondering if this really is as weird and epic as it sounds, the answer is: oh yeah baby! 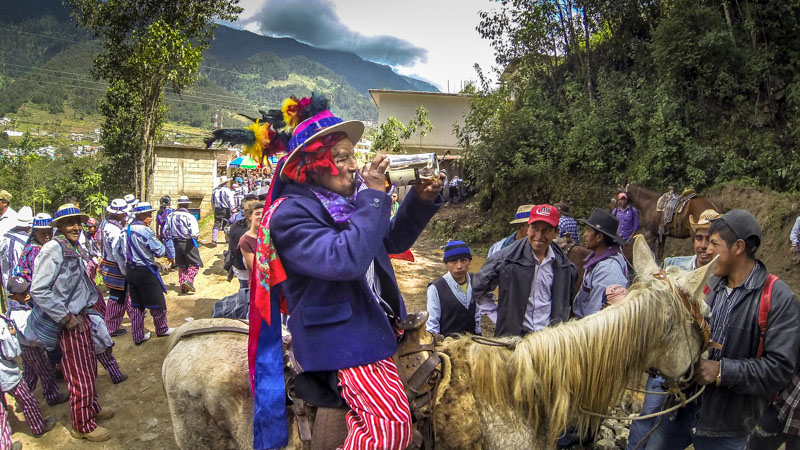 This is one backpacker experience in Central America you do not want to miss out on. But don’t be fooled – although the drunken horse race is definitely the most famous part, there’s plenty of other Day of the Dead activities in Todos Santos that are worth checking out. Keep reading to find out what those activities are, what the hell this drunken horse race is about and how to get to Todos Santos.

Giddy up and prepare to be amazed! 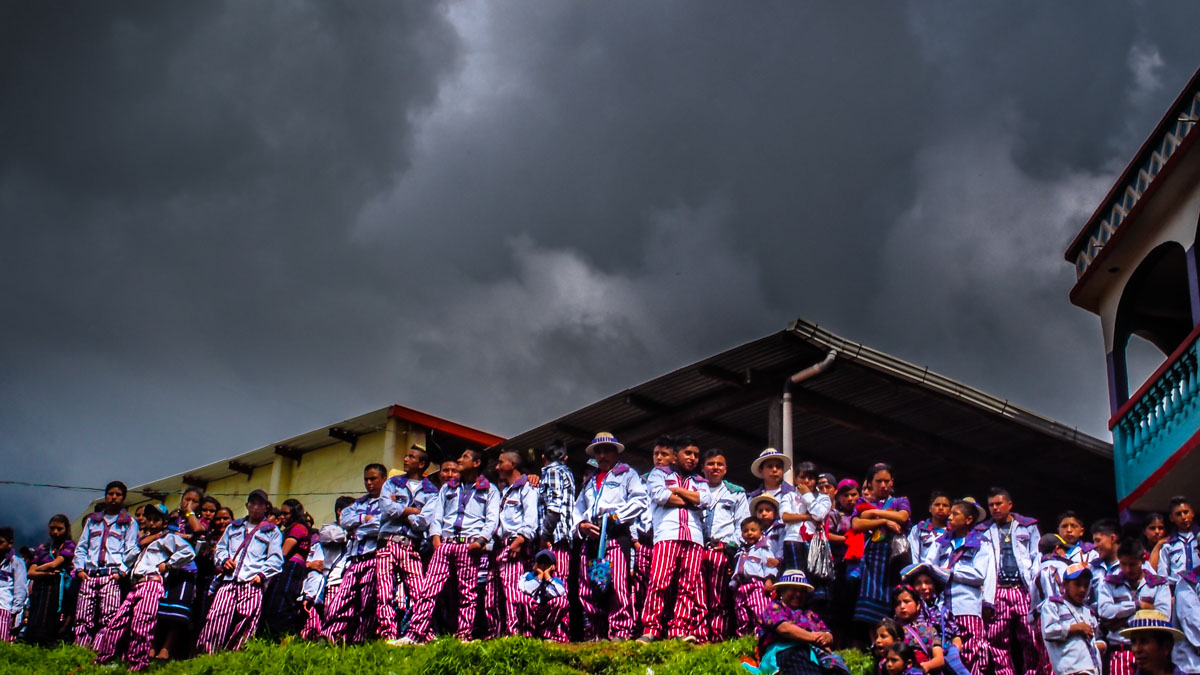 On the night before the race, Todos Santos explodes into a haze of beer-stained clothes, lighthearted drunkards, and exhilarating marimba tunes. Local families and drunk men alike wander the streets, stopping along the way to buy a toffee apple or perhaps a quick taco dinner in the small stalls spread out all over town. The fair just off the main pedestrian street is bathed in bright, blinking lights from a handful of beeping arcade games.

However, the thing you’ll notice the most is the way the local men are dressed. Without exception, they all wear identical folk costumes consisting of red-and-white striped pants and a white, long-sleeve shirt with dark purple details and a sassy collar with colorful flowers embroidered on it. This traditional outfit is completed by a brimmed straw hat, but many guys tend to lose this accessory in the first ditch they tumble into.

Around every corner, you’re hit by the alluring sound of laughter and animated conversations coming from Todos Santos’ many house parties. Backyards and alleyways equipped with improvised dance floors and the mandatory marimba bands attract streams of locals who spend the night hopping from one party to the next, bumping into old friends and chugging beer like there was no tomorrow. 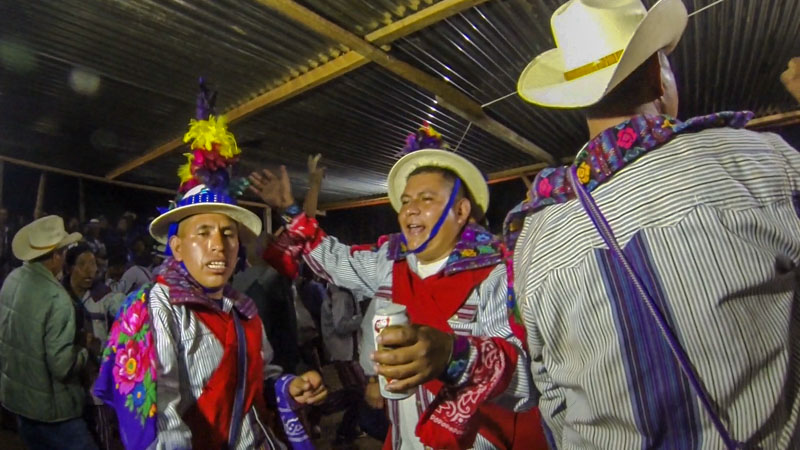 On the dance floor, the men of the village break out their best marimba moves, swaying heavily and regularly stumbling into each other, resulting in some disgruntled mumbling followed by more dancing. A few of the men stand out by wearing straw hats decorated with big, brightly-colored feathers which indicate that these are the riders for the following day’s drunk horse race.

Thank God For The Women

At a safe distance from the hectic dance floor, the women stand around, chatting cheerfully and taking care of the men that have succumbed to the dancing and binge-drinking frenzy. Handing out generous servings of hot soup from a few large cauldrons, the women make sure that everybody gets safely through the night. 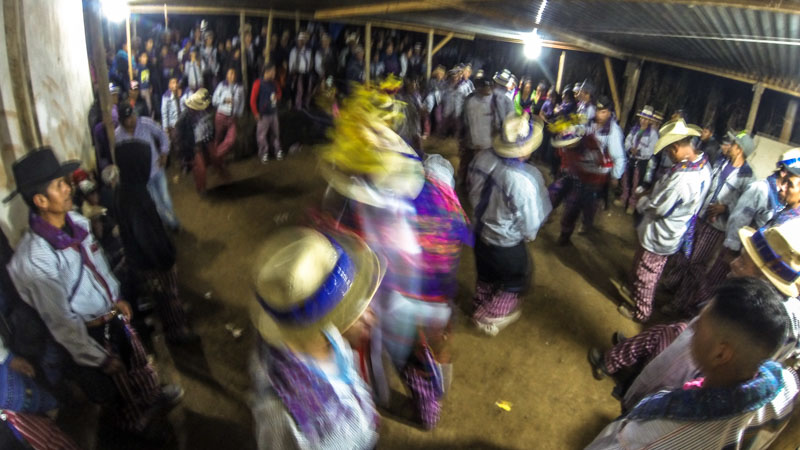 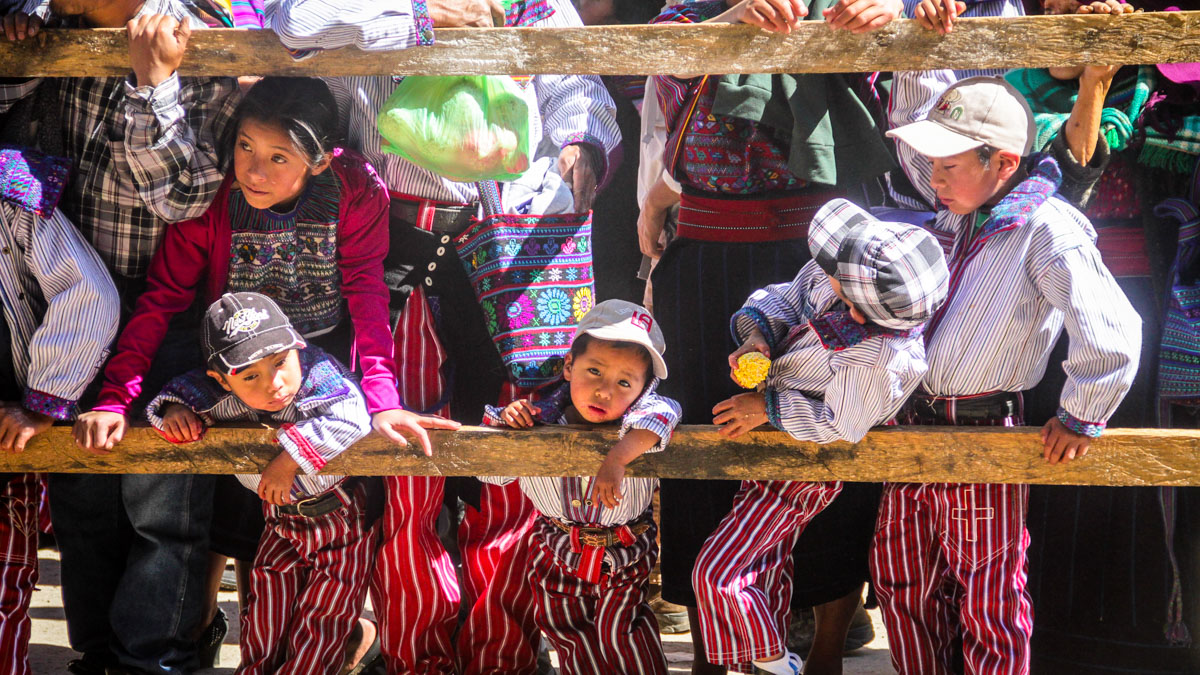 Early next morning, the village awakes to the sound of gunshots coming from the race track. Emerging from gutters and trenches, passed-out Maya men squint at the sun and join the continuous stream of people moving towards the outskirts, limping like hungover zombies. 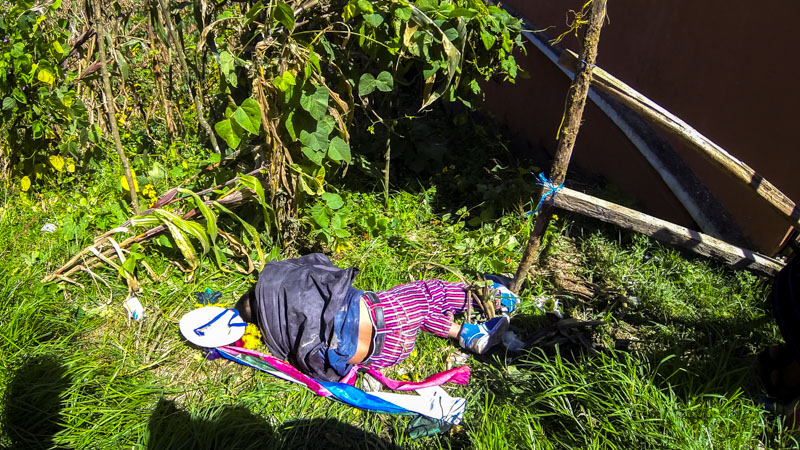 A dirt street about 100 meters long has been turned into a fenced-off race track and is flanked by loudly cheering villagers on both sides. 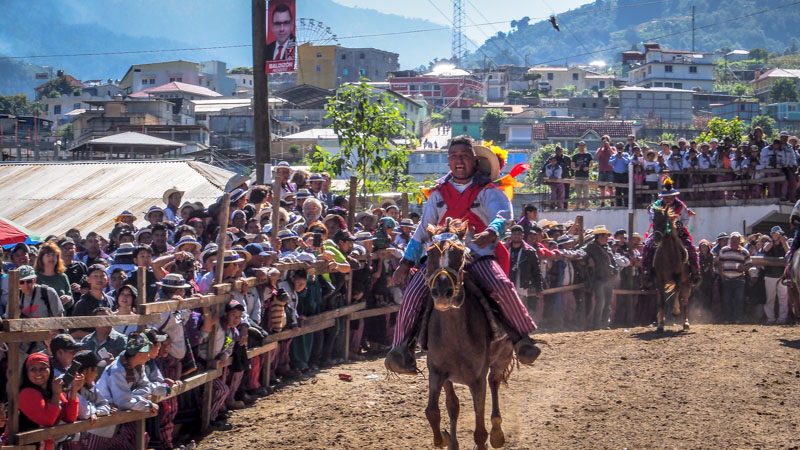 Every few minutes, a group of six or seven horses thunder by, their hoofs kicking dirt and whooshing pebbles into the air. On the back of these muscular creatures glistening with sweat, the riders bump up and down in their saddles, bellowing out shriek war cries. Instead of keeping a tight grip on the reins, they flap their arms like manic birds, creating a sight that will stay printed in your memory for a long time.

In one lap, the riders appear clinging on to a beer can, sprinkling their already stained outfit with more golden drops. In the next, they appear swinging a live chicken vigorously above their heads like a feathered lasso, prompting the spectators to explode in loud cheers. 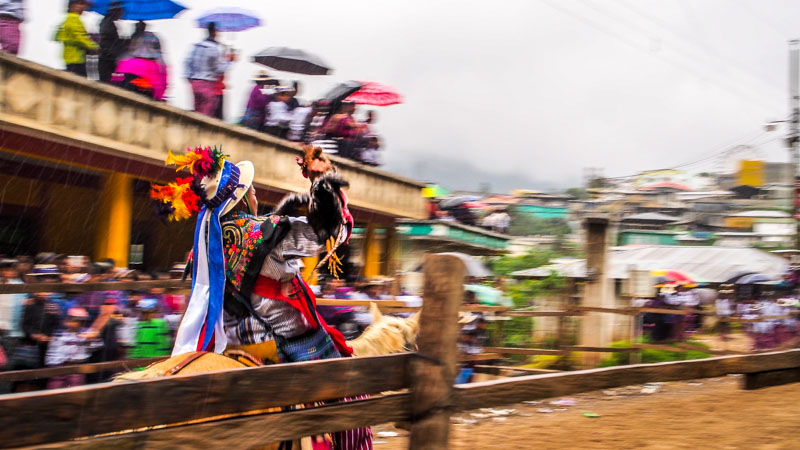 Every now and then, a rider slides out of his saddle, exhausted by the many hours of drinking, dancing, and drunk riding. Without the slightest sign of worry, a few spectators run onto the track and swiftly drag him to the nearest trench where he is left to sleep it out in the tall grass. 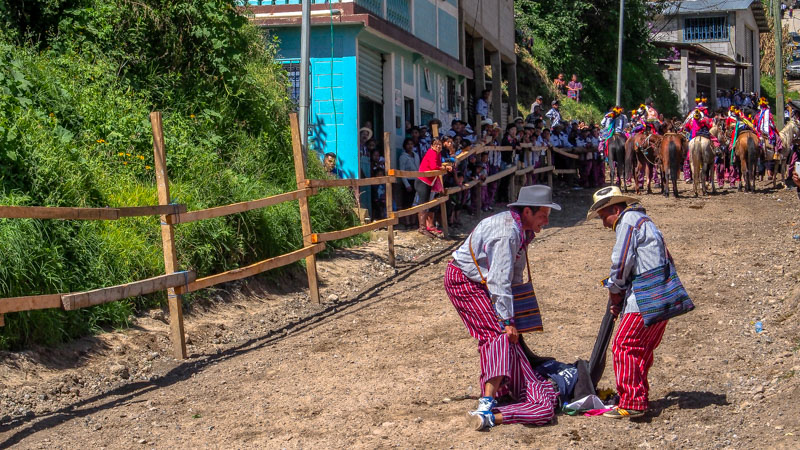 As the hours fly by, more and more riders pass out, leaving only a handful still conscious in the early afternoon when the race ends and the spectators start seeping back into town. The rest of the day is less entertaining, with a considerable amount of the inhabitants way too hungover to even contemplate setting up a food stall or hosting a house party.